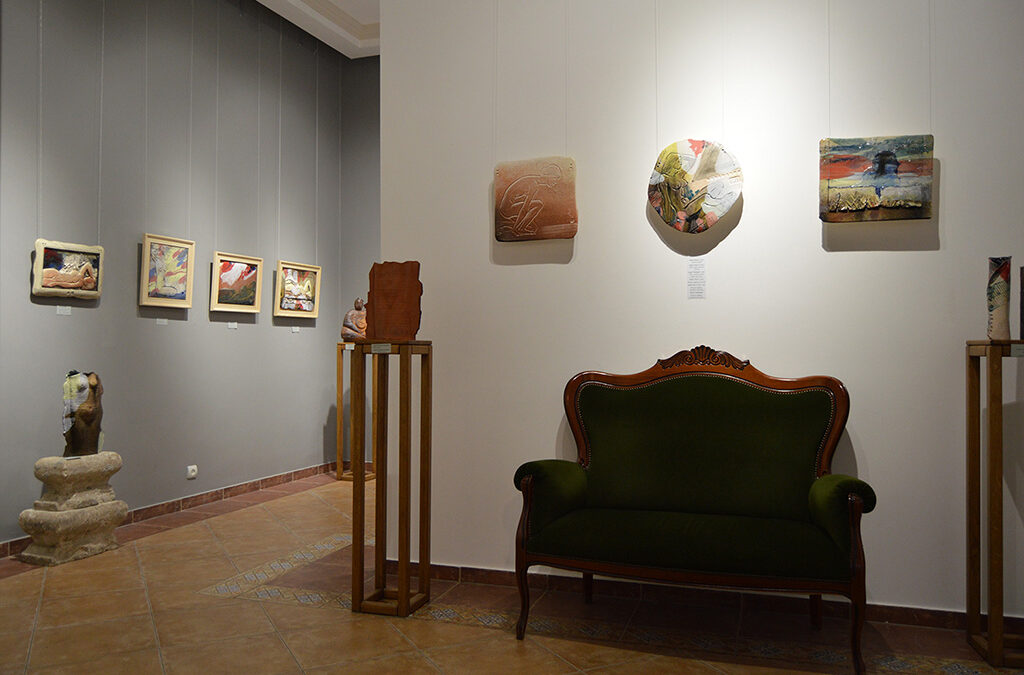 Green Sofa is a private gallery of contemporary art founded in 2006.Located in Lviv city on the Armenian street, Apt. 7. It used to be the premises of the medieval Armenian court “huts” or “hutsu”, under the bell tower (1570) of the Armenian Cathedral.

For most of the works of art on display at the Green Sofa gallery, this is a premiere show. In addition, for many artists exhibitions at the Green Sofa Gallery are also the first event in their biography. Participates in Lviv festivals, including the Book Forum Lviv (2007) with exhibition by Algirdas Steponavičius, Night in Lviv 2010, 2011, 2012, 2013, Lviv Days in the cities of Ukraine (Sumy 2013), Festival «Japanese spring in Lviv» 4 – 6.04.2014 and others. Green Sofa Gallery participated in Kyiv Art Week 2019 where it presented the project “Andrey Savchuk and Nazar Simotiuk “Communications”. The gallery hosted a thematic group exhibition for Euro 2012, which was included in the program of events of the championship.

Among the important exhibitions – the own project of the gallery “Museum” implemented by the gallery and has three stages: the first – “Museum. Painting of the 90’s ”(2011), the second -“ Museum. Graphics of the 90’s ”(2013) and the third –“ Museum. Sculpture of the 90’s ”(2015). During the first phase of the project the catalog was issued. Within the framework of the Dynasty project, with the support of the Rubanenko & Partners Cultural and Business Center the Green Sofa Gallery presented the exhibition “Artistic Turetskiy Family: Vasyl, Ivan, Lukyan, Olga Turetskiy and Natalia Pukhinda” at the Forum “PogranKult”: Galicia in Kharkov (2016).

The gallery is a full participant in the Art market in Ukraine and represents the interests of the artists themselves, selling their works. An online store also is available. The range is extremely wide. From jewelry and ceramics to painting and sculpture. “Green Sofa” provides sold artwork with all necessary supporting documents, as well as a certificate of identity/collector’s memo. A landmark exhibition for the Green Sofa Gallery was the “Bogdan Soroka. Graphic” (2019) featuring several series of colored and black and white linorites. The exhibition was posthumous. Visitors could see works that had not previously been presented.